Written by cottonstreet37 and from Overblog Samsung Galaxy S 8 will debut in two versions but both can count on a curved screen on the sides. Revealed in no uncertain terms the usual Evan Blass on Venture Beat has dwelt by adding the technical differences between the two devices and their commercial jingles.

Galaxy S8, marked in Seoul as SM-G950 and not SM-G94X contrary to what one might think given that Galaxy S7 code SM-G93x, will stand out because of the presence of a screen Quad HD by 5.7 inches diagonal. Galaxy S8 Plus, this is its name and identified as SM-G955, brag a screen 4 k by 6.2 inches diagonal.

Diagonal panels from extremely generous Korean manufacturer's engineers would choose to enter as long as you optimize meticulously the shell and its front. For the larger version, in fact, you should not exceed the size of a common device with 5.5-inch screen thanks to an edge-to-edge solution as that of Xiaomi Mi MIX. That's why they were deleted the proximity sensor and the earbud in favor of piezoelectric ultrasonic components for the first and second, through sensors that emit the vibrations of the voice through the glass.

The same goes for the fingerprint reader, possibly moved under one screen with an ultrasonic sensor. A Home button, however, there would be, but moved to the shorter side profile and able to invoke the virtual assistant smart Bixby. Even for Galaxy S8 should be implemented similar solutions because a 5.7-inch diagonal is too large for all fans of the series who chose the flat version for its compact size and easy to use.

The rest of the data sheet would include the SoC Exynos 8895 with processor Octa Core, GPU ARM Mali-G71, LPDDR4 6 GB of RAM, up to 128 GB of internal memory expandable, a double back camera with 8 MegaPixel camera and 16 sensors and maybe even iris scanner. As for the display, Samsung Galaxy S 8 should use the new generation M8 OLED materials, which goes to improve the performance of your phone than waste: we speak actually 30% more energy efficient than the Samsung Galaxy S7. Another important point, the volume rocker. It seems that for reasons of space Samsung wants to implement it virtually on the curved sides of the screen, and this would certainly be convenient, obviously if everything was implemented with precision and intelligence.

Third point: wireless charging. The new chip and the new system to three coils could afford it, think about it, a charge rate even higher than it shows Samsung Galaxy S7. 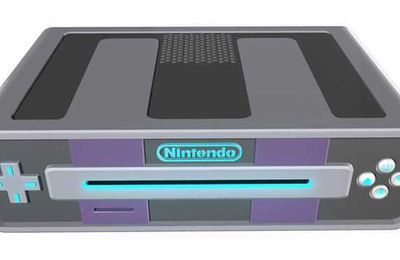 Print From A Tablet Connected To A Wireless Printer 
See the profile of cottonstreet37 on the Overblog portal